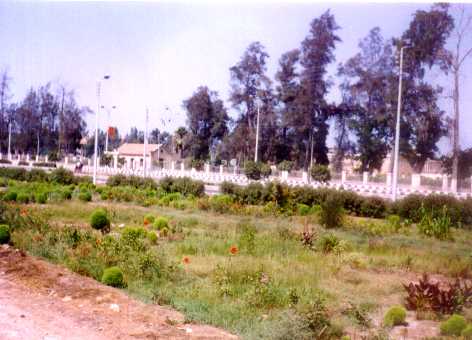 Despite the termination of the contract between the General Authority for Roads and Bridges and the tenant of Safa Park, located below the upper bridge Badsoq, but the latter is delayed in handing over the park. The Tenant refuses to hand over the garden, including facilities, in accordance with the declaration No. (1) submitted to the Authority on 5/5/2008 immediately after the expiration of the contract period, which started on 15/1/2007. The reason for the refusal of the tenant to hand over the park to the violation of the secretary-general of Kafr El-Sheikh and Abdel-Nasser Damietta head of the center and the city of Disoq deposed law and collusion with him and facilitate the seizure of the park and waste public money in the re-lease the garden again.

On 17 and 18 October 2010, the Central Administration of the Central Delta Roads and Bridges sent its letter to the Secretary General of the Governorate, the Head of the Local Unit of Desouq City Center and the Director of the Bandar Desouq Police Station and the Director of Kafr El-Sheikh Security, including the specific applications for revoking the operating license granted to the Safa The highest bridge on an area of ​​20 thousand square meters and take legal action against him to terminate the contract with the General Authority for Roads and Bridges. He called on the Authority to cancel the operating license granted to him by the local unit of the city and the city of Disuq and close the establishment to violate the provisions of the law of bidding and tenders and the end of the contract and stop the activity in order to save public money