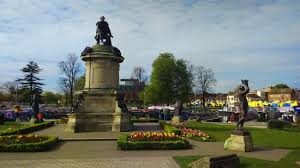 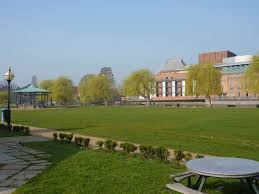 A public park in which the Royal Shakespeare

Was originally an area of land where the townspeople grazed their animals, and the canal basin formed the terminus of the Stratford-to-Birmingham canal, completed in 1816. The Gardens also occupy the site of former canal wharfs, warehouses, and a second canal basin, which was built in 1826 and refilled in 1902.