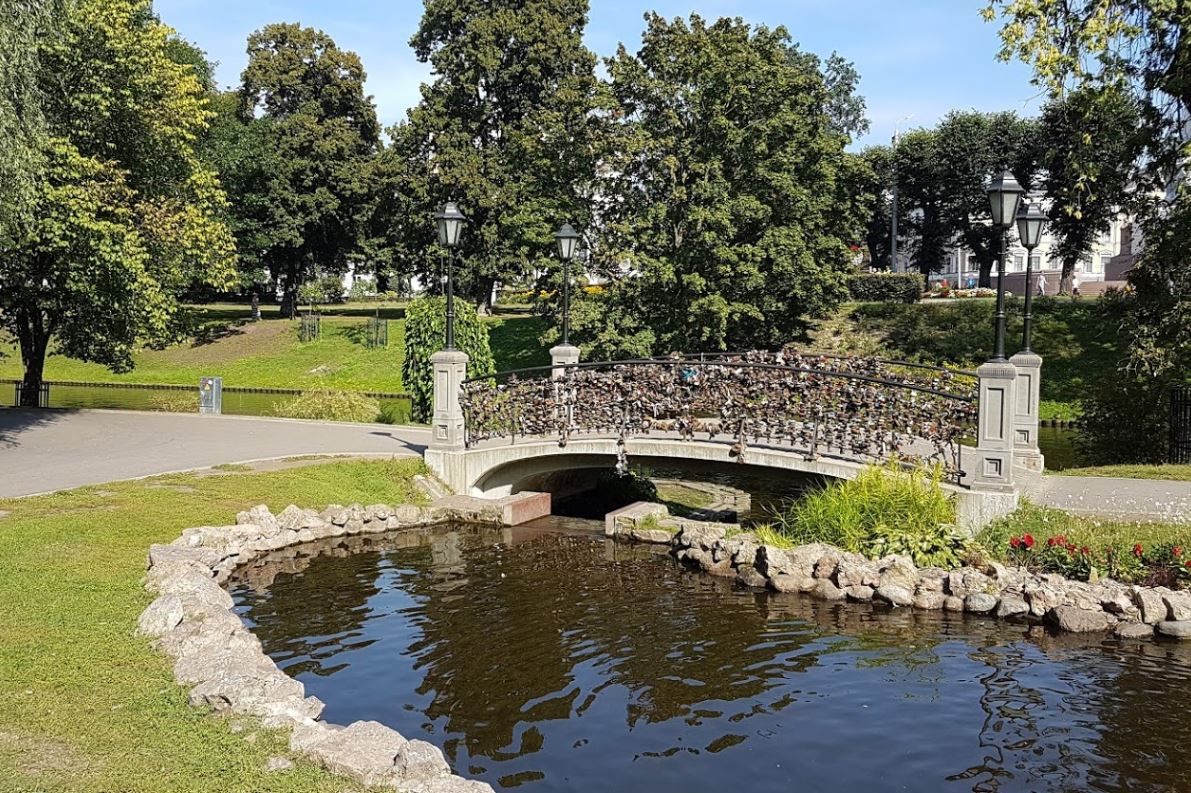 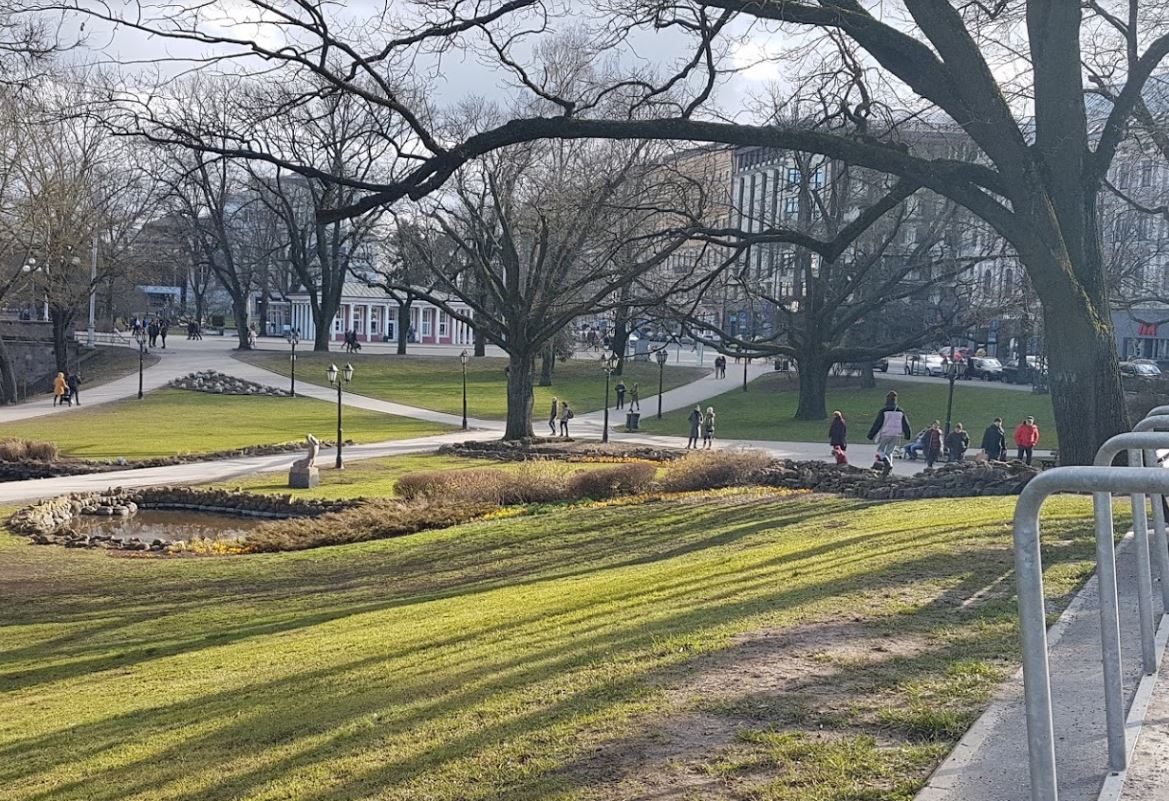 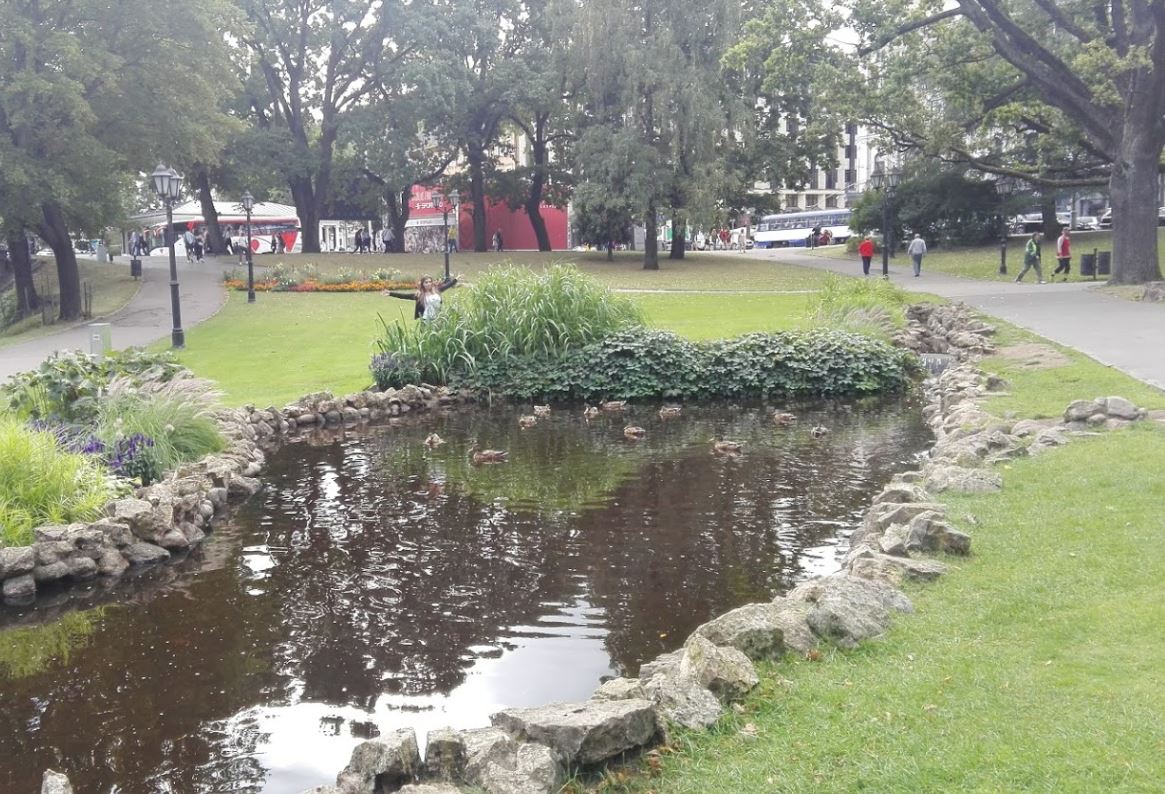 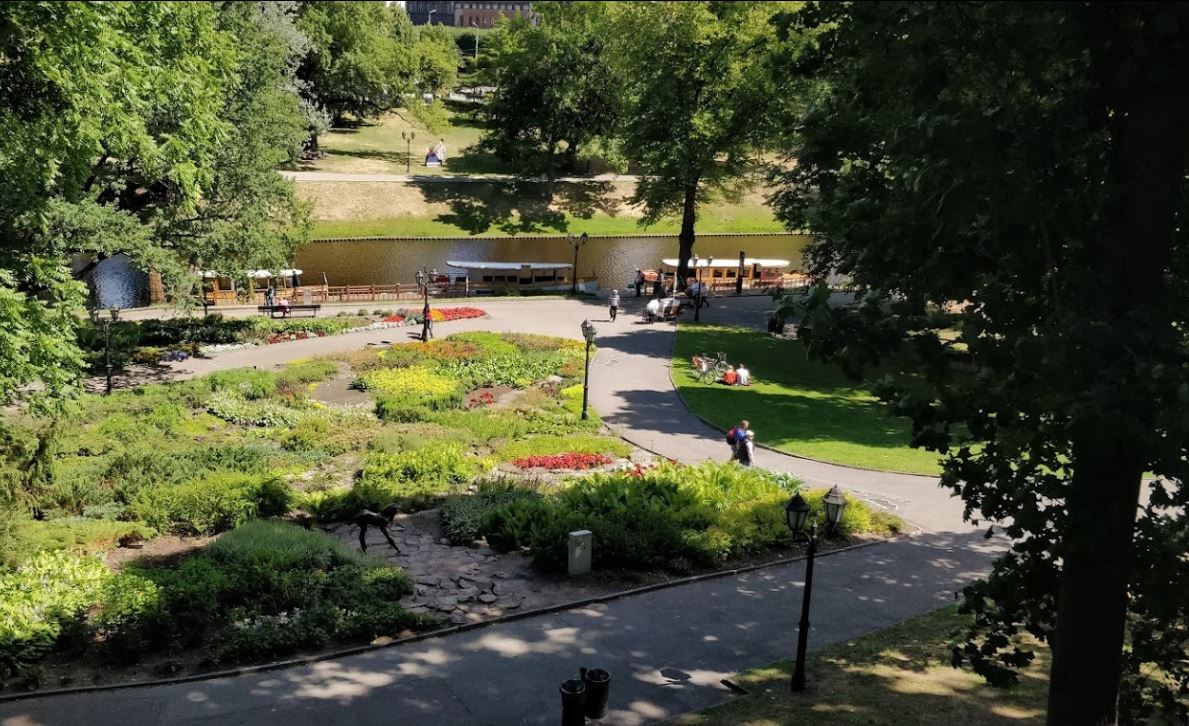 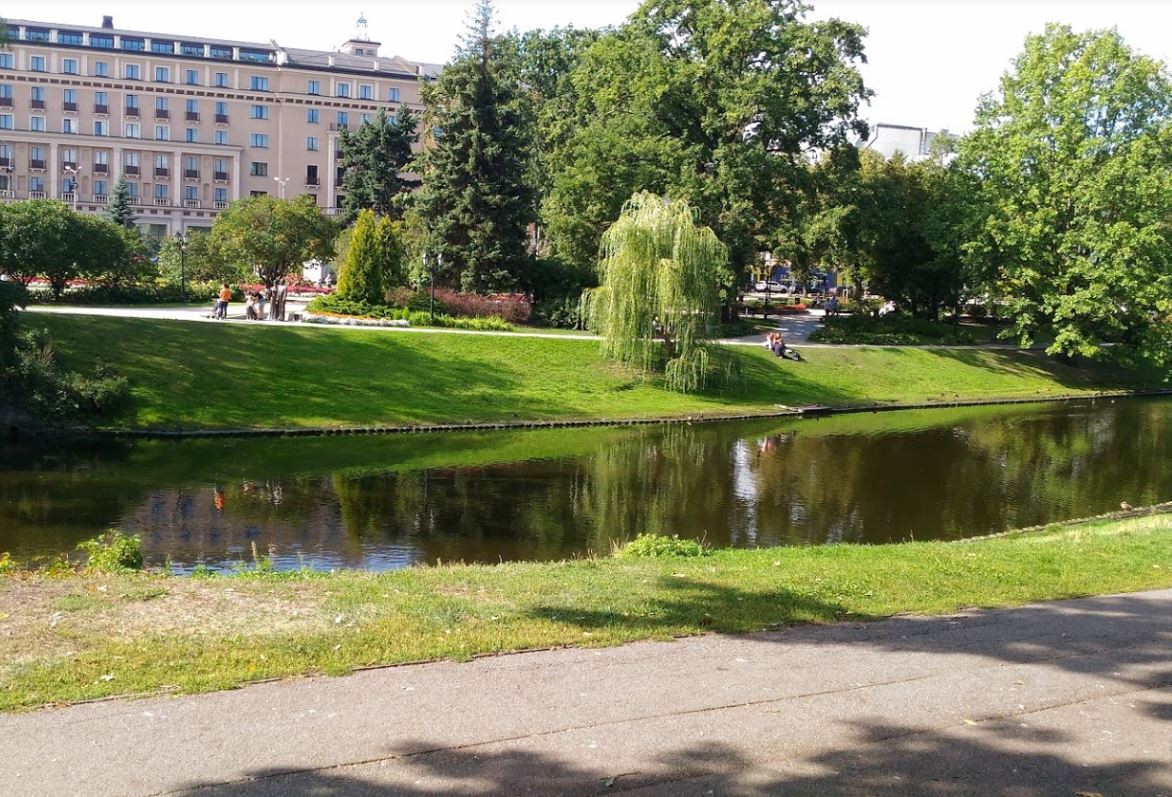 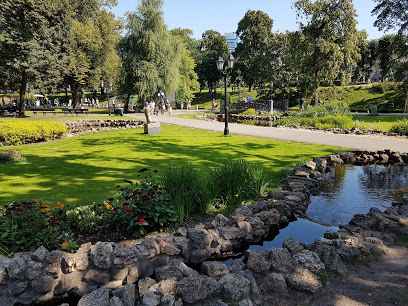 A beautiful and calm park, a good place to relax

In 1879, the Riga Gardens Directorate was established and the 27-year-old Georg Kuphaldt was officially appointed Director of the Riga Gardens. His first project was the reconstruction of the greenery of Bastejkalns. The creation of the German: Basteiberganlagen plantation of the Bastion Hill lasted from 1859 to 1887. In 1860, a wooden pavilion was erected and replaced in 1887 with the first Bastion Hill café. The waterfall cascade built from Saulkalne's dolomite into the mountain with built in 1898. It has survived to the present day, but no longer with the less sophisticated underwater lighting that was still operational at the beginning of the last century. Around 1893, a pseudo-swan-style swan cottage, work of Riga's architect Heinrich Scheel, was placed on pontoons along the Bastejkalns Canal - usually pulled ashore in the winter months, where it is still today. Swans donated by "Riga Bird Breeding Society". In 1883, at the foot of the Bastion Hill, a 23-meter-long wooden bridge was erected over the canal (its curvature was so steep that people slipped out of it in winter and the bridge was ironically called by the Riga inhabitants), which was replaced in 1893 by masonry. Then a bridge was built to connect the Old Town with what is now Rainis Boulevard (designed in 1898, rebuilt a little later and still in operation).