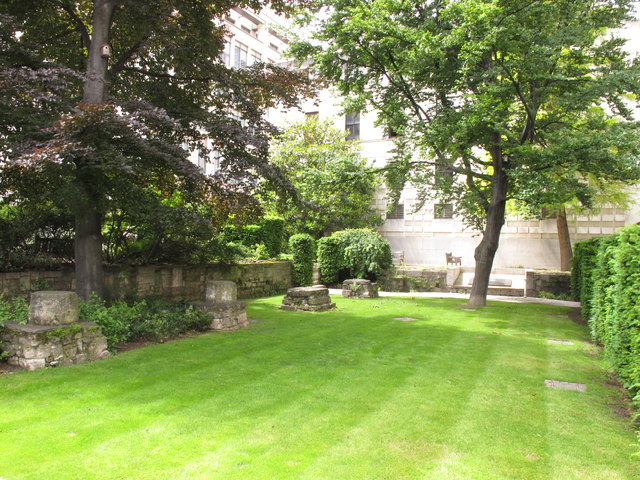 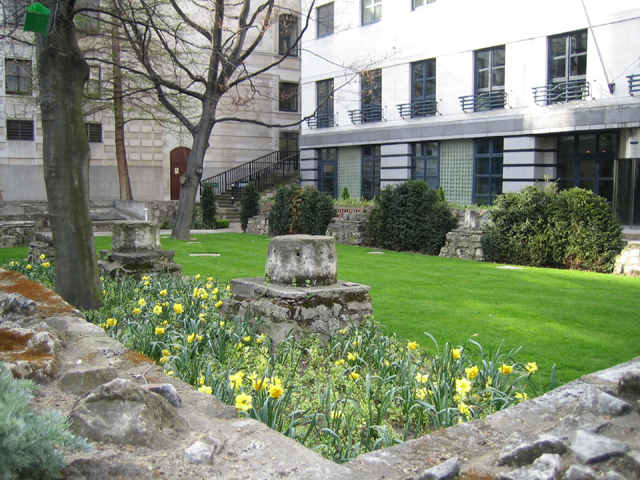 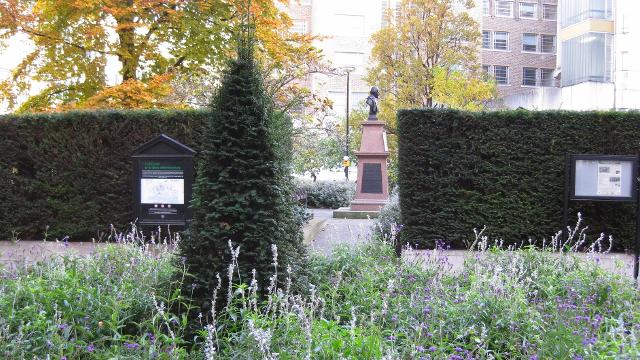 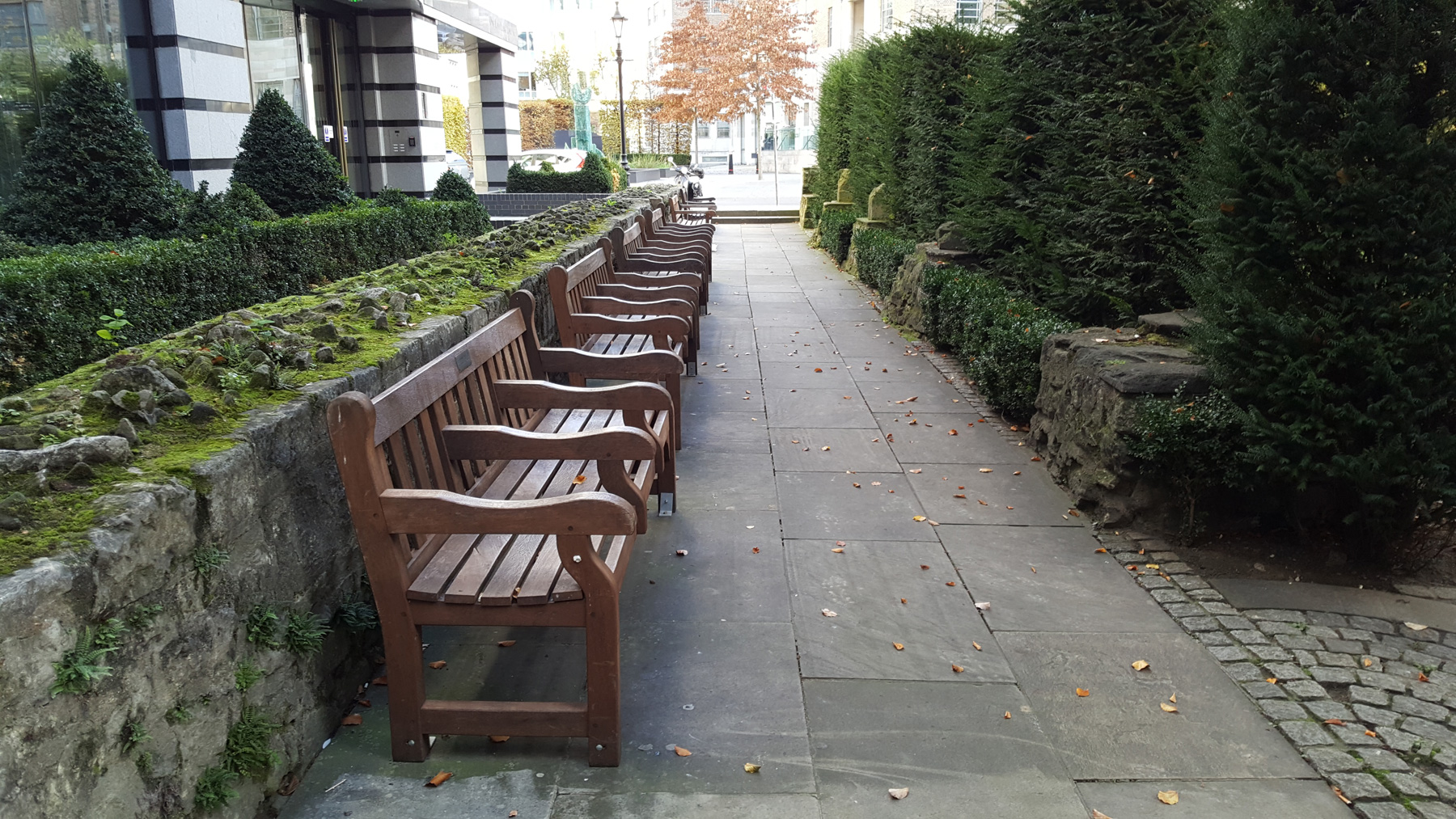 Includes the remains of the former church of St. Mary Aldermanbury

The church was destroyed by the Great Fire of London in 1666. It was rebuilt by Sir Christopher Wren and was again gutted during the Blitz in 1940, leaving only the walls. In 1966 the remains of the church were shipped to Fulton, Missouri, USA. The restored church now stands as a memorial to Winston Churchill’s ‘Iron Curtain’ speech made at Westminster College, Fulton, in 1946. The church and churchyard site was acquired by the City of London in 1970 and laid out as a public garden.