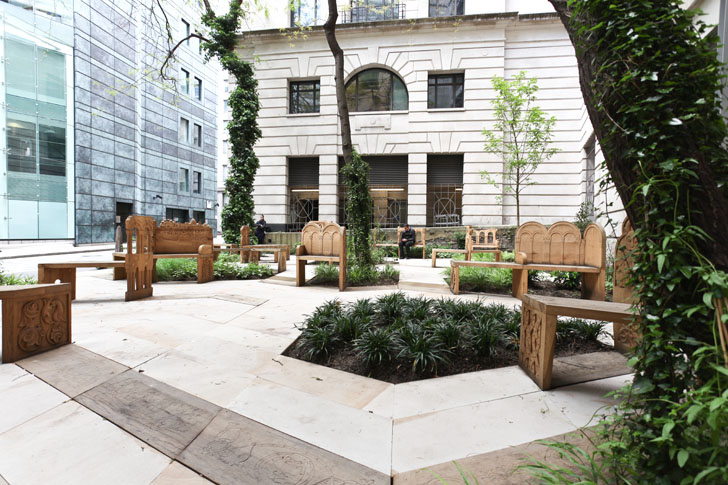 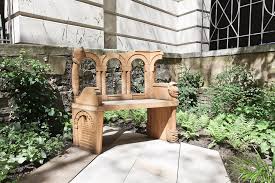 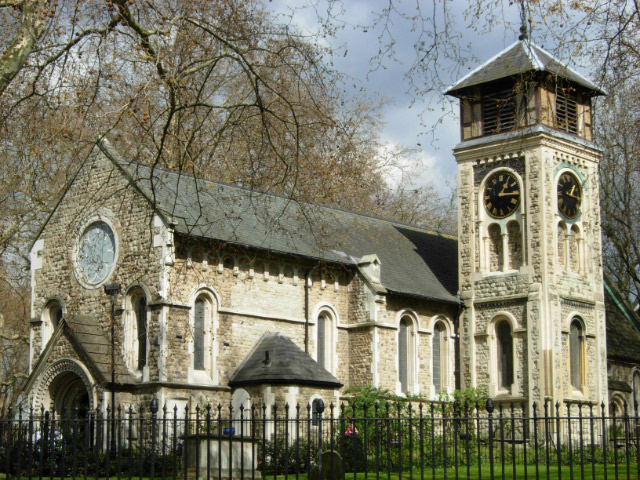 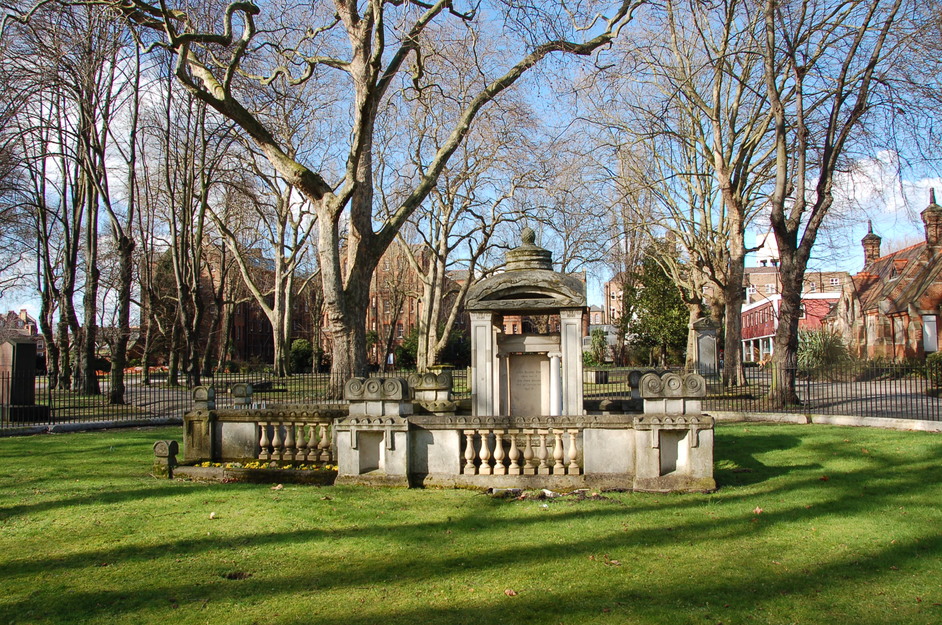 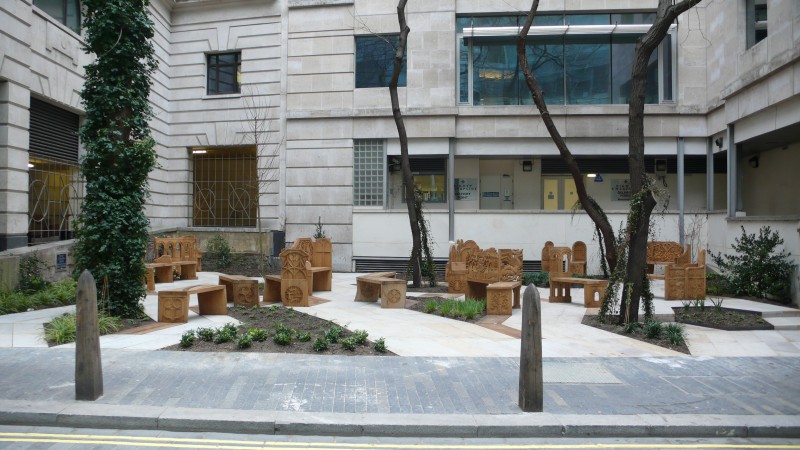 The site is a Scheduled Ancient Monument

St Pancras Church Garden is on the site of St Pancras Church, a late 11th century church destroyed by the Great Fire of London in 1666.Although the church was never rebuilt the land continued to be used as a burial ground until 1853.The site was partly excavated by the Guildhall Museum in 1963, at which time the burials appear to have been removed.