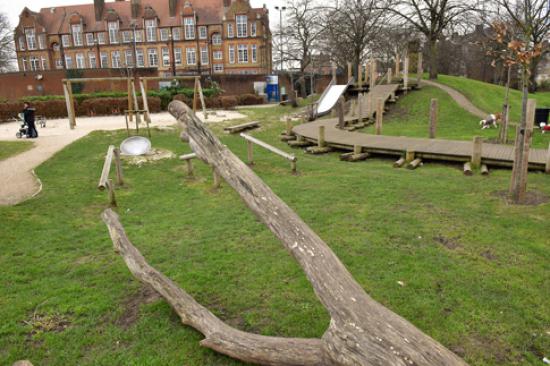 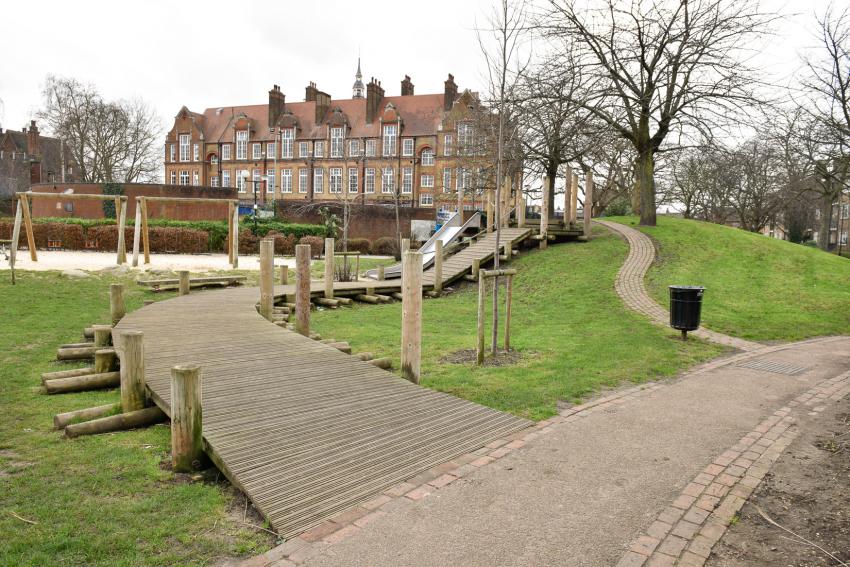 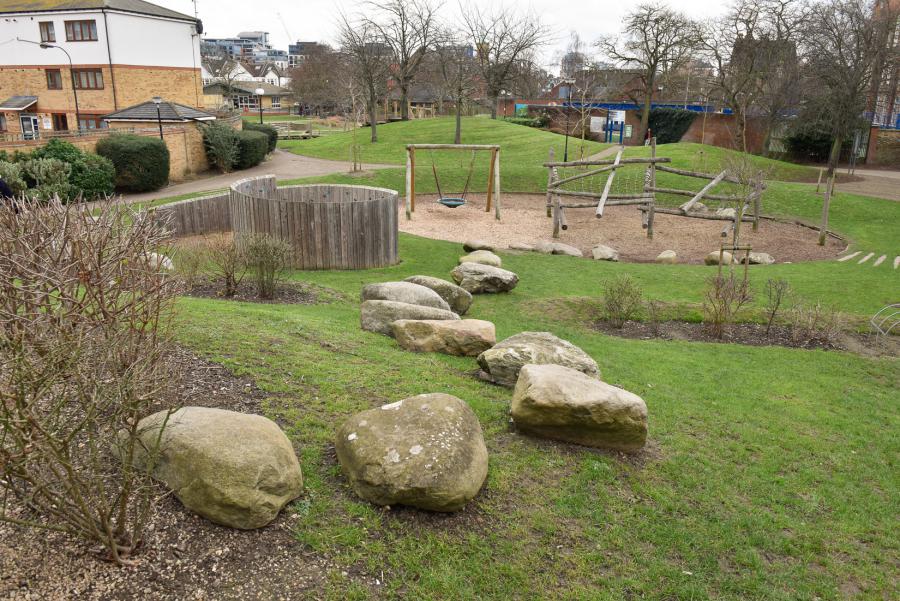 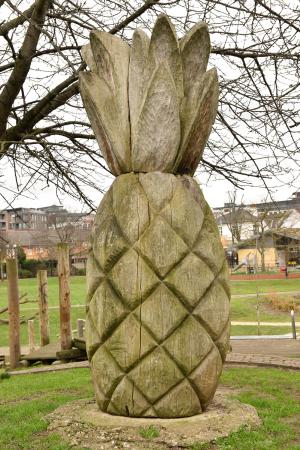 The park was laid out in 1961 as a flat area of grass and flower beds, with a large playground. At that time it was called Langford Garden, later renamed William Parnell Park, and it is also known as Pineapple Park due to a sculpture in the park. In the 1980s it was redesigned as a series of interconnected mainly circular areas, but in 2011 it is being transformed with new landscaping and planting as well as play provision.