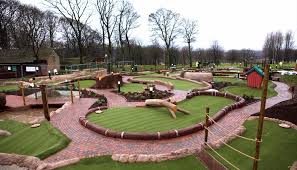 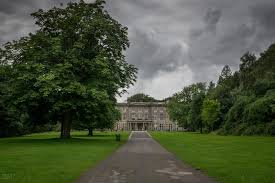 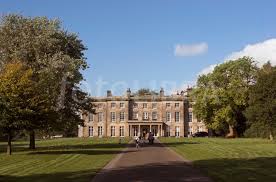 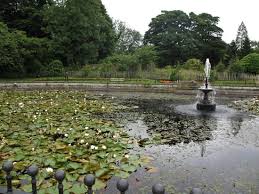 Is famous for its impressive grounds and woodlands.

The name Haigh comes from the Anglo Saxon word Haga meaning an enclosure or a secure area to house livestock.

The origins of Haigh and the owner of the original manor is not known. The earliest recorded date of title is 1295 when William de Bradshaigh married Mabel le Norreys, the natural heir to the estates of Haigh and Blackrod.

The first hall was probably Norman, and a relic of this was enlarged in the 16th and 17th centuries with an Elizabethan south facade. A descendant of William, Roger Bradshaigh, lived at the Hall in the 1600s. He was MP for Haigh and made a baronet in 1679.

The Bradshaigh line died out in 1787 and title passed to Alexander Lindsay, 6th Earl of Balcarres after marrying Elizabeth Dalrymple who had inherited the estate from her maternal family, the Bradshaighs. The present Hall was built between 1827 and 1840 using stone from Parbold, wood from Jamaica (the Earl’s own plantations) and furniture from France. The Hall was designed and planned by the 24th Earl of Crawford.

Cannel coal mining, first introduced to the estate in 16th Century, continued, as did iron production (the Laxey Wheel on the Isle of Man was cast here).

The plantations were laid out in the 1860s to hide the condition of the landscape after being damaged by the mining activity. This provided work for Wiganers made unemployed by the cotton famine caused by the American Civil War. The estate was transferred to Wigan Council, known then as the Wigan Corporation, in 1947.

The extensive plantations consist primarily of beech trees with a proportion of oak, horse chestnut, sycamore, ash and lime and Scots pine. As you walk along the forty miles of paths, you will find a variety of woodland plants such as wood anemone and lesser celandine, and fungi including fly agaric and puff balls. The woodland provides an ideal habitat for species of birds, mammals, amphibians and insects. Listen out for lesser spotted and greater spotted woodpeckers, and in spring the cuckoo. If you're lucky you may even see a glimpse of roe deer or fox cubs.

Jubilee Legacy Walks
To celebrate the Queen’s Jubilee Celebrations of 2012, a series of 15 Legacy Walks were developed ranging from 1 to 9 miles. Each walk in Wigan Borough's green space is recognised by Silver, Gold and Diamond accreditation.