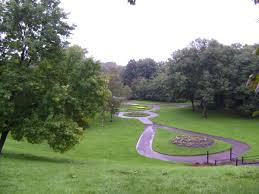 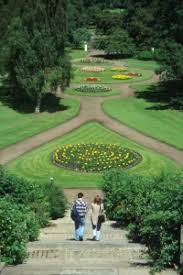 It was named in honor of Mr. Robert Bell, former Prime Minister. The park remained in the ownership of the Salford City Council and over the years it was expanded to include David Lewis playing fields and a marquee.

It now has a play area, sports courts and sculptures near the play area that forms part of the Irwell Sculpture course. The Salford Museum and Art Gallery are within the park.

For more than 150 years, Peel Park has been a city park in Salford that supports concerts, school sports, floral shows as well as regular recreational activities.

The park and its users were a favorite of LS Lowry. In recent years has suffered from neglect and non-use but this is changing.

In June 2015, the lottery lottery fund was announced for the second phase of the People's Grant Parks.

This development work was followed in a year with Peel Park Friends and the surrounding community.

The second phase was presented to the Heritage Lottery Fund in early March 2015.

Support documents can be downloaded from the bid below. The winning bid received £ 2.5 million to restore the park and provide a park keeper.

Using feedback from consultations with the community, students, friends of Peel Park and other stakeholders the Master Plan was developed. As part of the master plan of the trees that have emerged since the 1970s, this has removed views and created spaces for activities. Some new trees have been planted along the river and more will be planted in the garden.

Date of the stage
The end of August 2016 began the landscape business. The business will take about nine months to complete.
The main work will include thorough rehabilitation of the pedestrian walkways, steps, the new access ramp, a new playground, more new seats within the park, an interpretation that reveals history and stories associated with the park and new agriculture, including the planting of new trees with strategic location.
During the work the park will be closed in phases to allow continued access. The riverside walkway along the eastern edge of the parks and the marge to the east will remain open all the time.
Late September 2017 major work will be completed although some re-planting and re-planting operations may need more time to establish. Some tram work will be completed in the spring of 2018.
13 October, 2017
Evening opening event.

Bill Park to achieve high-level green flag award and continue to do so for seven years.
During work, the park keeper will be available for further consultation, dissemination of information and answers to any questions or concerns. Garden guards, as well as key project staff, will continue to meet regularly with Friends of Peel Park. The group meets regularly and always welcomes new members. Meetings are open to all - if you are interested in attending to the latest developments in Peel Park, please visit Friends of Peel Park, which has a membership application form.