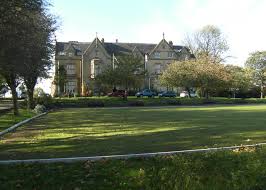 One of Manchester's parks

In 1849 the Earl of Stamford and Warrington sold the land to the Buckley family, who owned the cotton mills at Ryecroft. James Smith Buckley passed the house on in 1885 to his nephew Abel Buckley, who lived there for twenty-two years. He was a Liberal MP and the Mayor of Ashton, and contributed to the cost of building Albion Church . In 1913 Austin Hopkinson, MP for Mossley, inventor of a coal cutting machine and owner of Delta Engineering Works, lived in the hall. In the First World War it was a voluntary hospital with over 100 beds. He gave the house and grounds to the people of Audenshaw in 1922 for council offices and to this day it is used for community purposes.