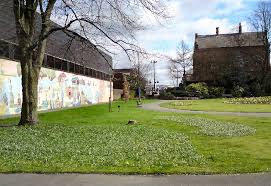 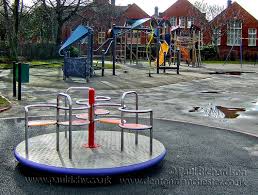 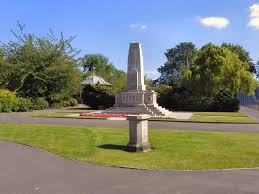 include the Denton War Memorial

Victoria Park, Denton has recently had the Grade II listed Edwardian bandstand restored to former glory, after suffering from missing iron work, rotting wood and need of a re-roof. This has been achieved through receiving a substantial grant form the Heritage Lottery Fund and Tameside MBC's Preservation of Historic Buildings Fund.

The restoration took 3 months to be completed by Dorothea Restorations Ltd, with a celebratory event taking place on 16th June 2007, 12-4pm, with the official opening, Denton Brass Band, Musical Youth and entertainment for all the family.

The site was purchased in 1886 for the cost of £6750
The park was upgraded from a recreation ground in 1913 after the bandstand was built
The Denton War Memorial was erected in 1921 and weighs 90 tons.
A defused bomb was displayed for a month in the bandstand, in 1942, to raise money for the National Air-Raid Distress Fund.
The Denton War Memorial stands at 20ft high and is fixed into a solid concrete bed more than a yard thick.

- the largest flower bed in Tameside - a Millennium sundial and a mural - The mural created in conjunction with the Denton Town Twinning Committee - depicts local scenes and was painted by David Vaughan. - Floral Gardens