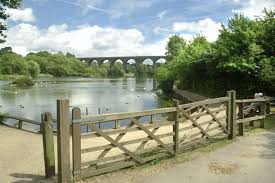 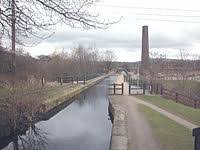 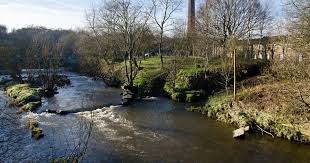 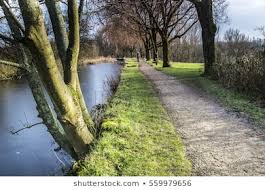 Burrs Country Park is overlooked by Castlesteads, a raised area where a settlement was established in pre-Roman times.

Burrs is one of Bury's earliest industrial sites notable for its use of water and its association with the Peel Family. Although many of the buildings which once made up the two mill communities at Burrs and Higher Woodhill have now gone, enough remains to give an interesting insight into manufacturing technology and life in the early nineteenth century.

The earliest surviving building at Burrs is the Brown Cow Public House, which was built as a farm in 1752 before the Industrial Revolution took hold in Lancashire.

In 1792 the well established group of entrepreneurs, Peel, Howarth and Yates built a water powered spinning mill at Burrs along with a manager's house, smithy, workers' cottages and ash pit. Higher Woodhill Mill was built at the same time for Richard Calrow who also engaged in the processing of cotton. Initially the mills were powered by water from the river Irwell and a weir and canal were constructed to carry water to the mills.

The construction of the Manchester, Bolton and Bury Canal meant that a water supply was required to feed the header reservoir at Elton. To accommodate this, the canal feeder was constructed around 1803 and connected into the existing canal.

In 1808 Burrs Mill was sold to Richard Calrow, who expanded the mills and converted them to steam power. In 1829 a major fire led to the rebuilding of the mill.

The 1850's boom in cotton manufacturing was a time of great prosperity and it is thought that the surviving chimney dates from this time. In 1861 Burrs cottages, now Burrs Activity Centre, was made up of 28 homes, housing 141 people. Facing the cottages are the remains of a midden (toilet block).

The cotton famine of 1861 - 1865 brought about by the American Civil War was the beginning of the end of the cotton mills at Burrs. In 1870, facing mounting financial difficulties, the Calrow family sold Burrs Mill and Higher Woodhill Mill to the Yates family and was converted for paper making by 1880. By 1893, following further building it was being used for bleaching and dyeing by Samuel Rothwell Ltd. In 1920 it was taken over by the Star Bleaching Company.

By 1925 Woodhill Road had been constructed along the side of the canal feeder and a manager's house was built, which is now the Garsdale Public House.

In 1930 Higher Woodhill Mill was demolished and in 1933 the depression caused the remaining mills to close.

During the Second World War Burrs Mill and the associated buildings were used as a billet and then to house Italian prisoners of war.

In 1952 the earliest part of Burrs Mill was demolished. The rest of the mill followed in 1982 leaving only the workers cottages and the chimney. The site was acquired by Bury Metro in 1986 and work started on redeveloping the site as a country park.