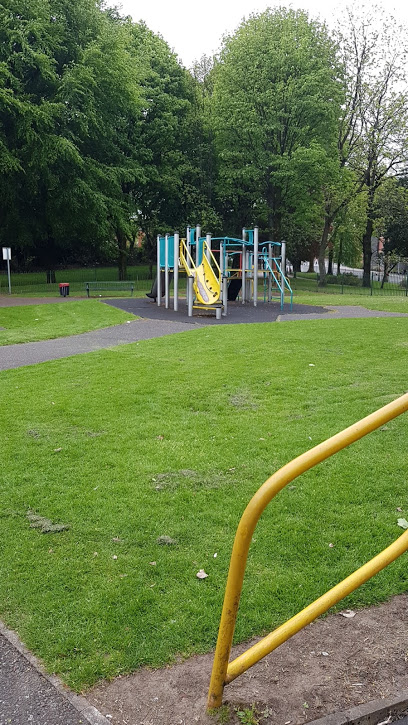 The name Whitefield may be derived from - White - a field of white flowers, hence the name Lily Hill Street (Wilson, 1979) and - Field - meaning a clearing in a forested area (Whitefield was originally on the edge of Rossendale Forest).

On 1 January 1890 a covenant was given to the Whitefield Urban Corporation for the purpose of a public playground by Alfred Grundy Esq, of Underley. It covered four acres of land, and he also gave £800 towards the cost of laying it out. Officially opened on 3 May 1890, the Park was created in a Victorian style, with a bandstand, pond, ornamental flower bed and children's gymnasium (the early forerunners of the play areas). The "walks" were the predominant feature.

Contributions were given to the Council for the purpose of a bowling green on 28 March 1925. Mark Fletcher & Sons Ltd donated the first plot of additional land for the bowling green.

On 6 September 1950 a further covenant was given to the Council by Mark Fletcher & Sons Ltd for the purpose of extending the park and building a bowling green. This second plot of additional land was given for another bowling green, to commemorate the Festival of Britain.