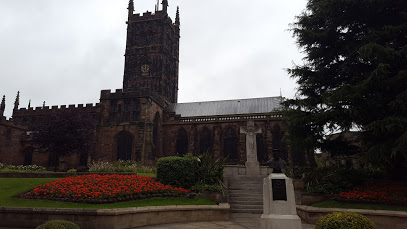 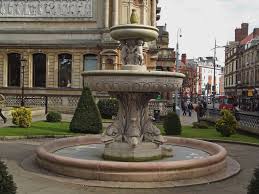 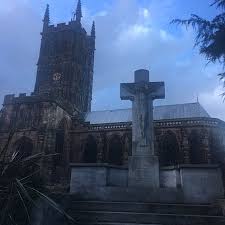 St Peter's Collegiate Church and Lich Gate War Memorial Gardens
Occupying a site of great historical importance; the settlement of Wolverhampton became a centre of local religious, political and economic importance during the 10th Century, although the original church had its origins in the 7th Century.

Since the decline of the gardens from the 1940s onward; various restoration phases have been undertaken, including the many heritage structures.

The Horsman Fountain dates from 1896, and commemorates Philip Horsman, a local businessman who founded Wolverhampton Art Gallery, and the Wolverhampton & Staffordshire Eye Infirmary; whilst the Harris Memorial commemorates a wireless operator in World War I who, whilst posted to an Italian ship, continued to send messages whilst under heavy fire until he was killed by shrapnel on 15 May 1917.

Representing one of the few areas of green space located in the Wolverhampton City Centre Conservation Area (designated in 1972). The gardens form the setting for St Peter's Collegiate Church, which is one of two Grade I Listed Buildings in the City.  Providing the setting for other important buildings such as the nearby Wolverhampton Art Gallery.

The gardens were originally part of the church's graveyard.  They were handed over to the town at the end of the 19th century and turned into gardens.