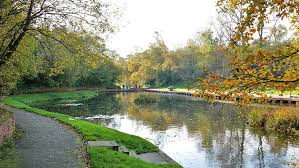 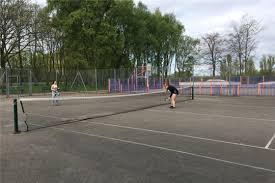 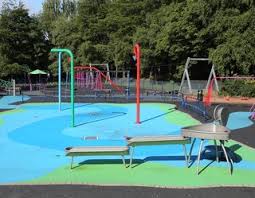 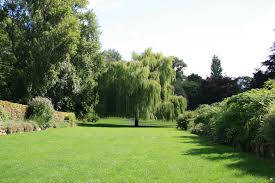 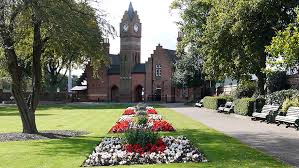 Willenhall Memorial Park was created to commemorate the lives of the many people who had died in the Great War.  The Park was of derelict former mining land to the west of Willenhall Town Centre.
The scheme formed part of a radical Park and Garden City scheme involving the creation of a residential quarter.  The project was overseen by the War Memorial and Town Development Committee, chaired by Mr. T. Kidson. Much of the work was carried out by unemployed ex-servicemen who were paid the princely sum of £1 per week.
The grand opening of the Park took place on Saturday September 29 1923.
In 1927 the bandstand was completed; in the 1930s a shelter was added which included a clock tower to assist with timekeeping in the park and an aviary with peacocks was also introduced.
Prior to WW2 a pavilion was built – this was used as a temporary day nursery during the war.  The building underwent several conversions and when the nursery closed it continued to be used for sports changing; it also provided mess rooms for the gardeners and park rangers.
The 1950s was a time of continued expansion - a bowling green and putting green were added.  – a putting green was created next to the bowling green. The bowling green, once used by a local club is now used by the general public.
At Noose Lane 17 acres of land were acquired by the Urban District Council and added to the park for Playing Fields.  However, also in 1954 the bandstand was demolished after falling into disrepair.
There then followed three decades of decline with many of the Park’s heritage features disappearing and culminating in the removal of the greenhouses and the replacement of full time gardeners with mobile teams. The Park became run down with no permanent staff and was perceived as unsafe.
In 1994 in response to this long-term decline the Friends of Willenhall Memorial Park was established by local community leaders. The Friends Group’s main concern was to improve the children’s playground and re-establish full-time staff in the Park.  The Friends succeeded in both these aims and worked with other user groups to further improve the Park.
In the mid 1990s new woodland was created at Noose Lane Playing Fields as part of the Black Country Urban Forestry Unit’s Millennium Forest Programme.
About the same time, Walsall Council’s Local Involvement Programme, in partnership with the Friends of Willenhall Memorial Park, prepared an ambitious five-year Restoration Plan for the Park which was adopted by the Council in 1997.
The Restoration Plan provided the basis for a bid to the Heritage Lottery Fund (HLF) Urban Parks Programme. In 1997 the HLF awarded Walsall Metropolitan Borough Council £1,264,500 towards a £1.6m (5-year) restoration programme for the Park. This generated a range of improvements and has enabled many of the objectives contained within the Plan to be achieved. However, it was recognised that not all the Plan’s objectives for the Park could be realised within the parameters of the HLF project and a great deal of work remains to be done.