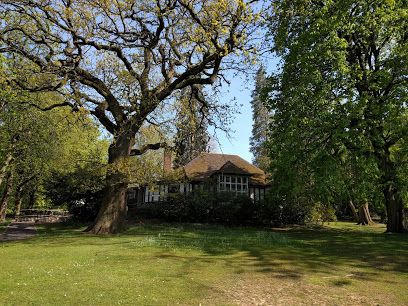 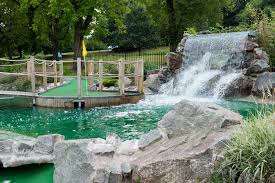 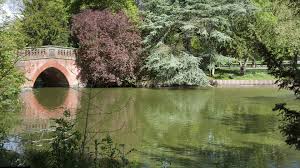 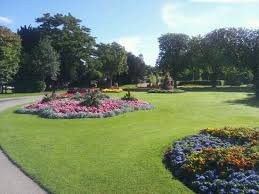 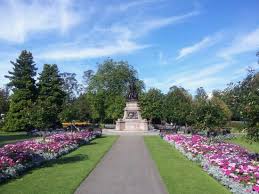 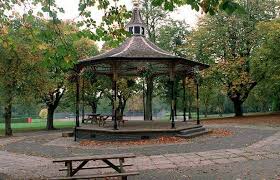 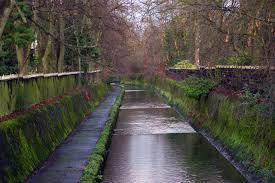 Cannon Hill Park was donated to the citizens of Birmingham by Miss Louisa Ryland. She wanted the Park to be a source of healthy recreation for the people of Birmingham, and for them to help protect and preserve the park.

The park was designed by Mr T J Gibson, who also designed Battersea Park in London. It was opened to visitors in 1873.

The park is home to a grade II listed bandstand that was part of the original layout. The bandstand is set in a natural amphitheatre.

The area of Cannon Hill in Birmingham is supposedly named as it was the resting point of Royalist troops on their way to the Battle of Naseby in June 1645.

The ground where the park now stands used to form part of the extensive estates belonging to the Ryland family. In 1873, Miss Louisa Ann Ryland (1814 to 1889) then residing in Barford Hill House, Warwickshire, gave just over 57 acres of meadow land, which were part of a villa built upon the hill overlooking the meadows. The meadows, known locally as Cannon Hill Fields, were given in trust to Birmingham Corporation. In addition Louisa Ryland paid for the draining of the land and for the creation of the public park that is still enjoyed by the people of Birmingham today. Many of our cities parks were given to Birmingham Corporation as part of grand philanthropical gestures. Louisa Ryland hoped that "'the Park may prove a source of healthful recreation to the people of Birmingham, and that they will aid in the protection and preservation of what is now their property".

To create the park Louisa Ryland engaged John T Gibson of Battersea to landscape the park.

John Gibson was one of the pre-eminent park designers of his day having overseen the creation of some Battersea Park and in addition John Gibson also held the post of superintendent for a number of London’s municipal parks. John Gibson created the two large lakes we see in the park today, the smaller ornamental ponds and a bathing pool with changing rooms which has now completely disappeared. 35 acres of the meadow land were given over to ornamental gardens and shrub borders. Many of the seeds and plants used in the creation of these ornamental gardens were supplied by Kew. The collections of plants at Cannon Hill were used by students to enable the study of botany within the city. The planting of the Kew plants was overseen by Joseph Oliver a local botanist. In addition Birmingham’s Municipal Corporation paid for refreshment rooms and a carriage ride through the park. Cannon Hill Park finally opened to the public in September 1873. Following on from Louisa Rylands example more land was added to the park by John Holder a local brewer who in 1897 gave a further 7 acres of land. In 1898 an additional 5 acres were acquired by the corporation to straighten the channel of the River Rea, for a long time this land formed the Queens Ride. The trees along Queens Ride were planted to commemorate the deaths of 250 young men who were members of the scouting movement who were killed in World War one. The River Rea now flows past the park hidden within a brick lined culvert. Much of Gibsons vision of Cannon Hill Park is still visible behind the more modern additions present today.

- Fishing
- Sailing and boating :
Pedalo boats can be hired during the summer season.

- Arts centre
The mac arts centre is based in Cannon Hill Park. The centre hosts theatre, dance, music and comedy performances, and has a cinema.

There are plenty of events and activities for children, particularly during school holidays.

- There are 2 children's play areas on site. The first is located by the lake near to the midland arts centre (entrance Edgbaston Road). The second is located to the rear of the Pershore Road car park.

- Golf : You can play golf at the 36 hole mini golf course in the park.
- Tennis courts

The scout memorial, a concrete monolith sculpted by the architect William Haywood in 1924, commemorates Scouts who fell in the first and (by later inscription) second world wars.

A scale model of the Elan Valley Reservoirs, in the form of ornamental ponds, is located in a Japanese garden near the mac. It was built in the 1960s.

Glacial erratic boulders deposited in the land which forms the park some 350,000 years ago by the Anglican Glacial period.

The Golden Lion Inn a 16th-century timbered house originally from Deritend, Birmingham was moved and re-erected in the park by the Birmingham Archaeological Society in 1911, to serve as a refreshment room and cricket pavilion.

Additional historical features include the Red Carriage Bridge and the Bandstand which date back to the conception of the park.