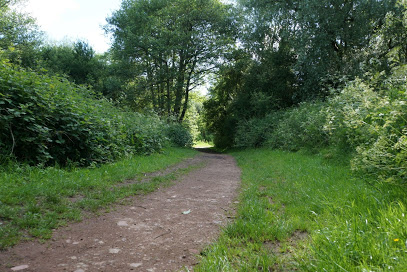 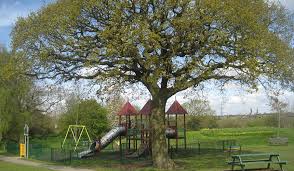 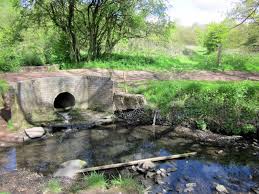 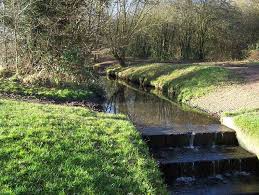 Woodgate Valley Country Park is an area of countryside in the centre of Bartley Green and Quinton. There are many mixed, mature hedgerows, meadows, woodland, and small ponds. The Bournbrook runs through the park.

Over 250 species of plants have been found at Woodgate Valley, the damp meadow areas being especially rich and producing wonderful displays of wild flowers in spring and summer. The meadows also attract many kinds of butterflies and over 90 species of birds have been recorded in the park.

The land beneath our feet tells the story of how people just like us once lived. Farming, civil wars, industry and housing have all played their part in shaping its landscape.

For many centuries, Woodgate Valley was a patchwork of farms with the Bourn Brook running through its heart. Arable crops and dairy cattle dominated the landscape and during the winter, waterlogged fields created water meadows. Woodgate became a rich and productive agricultural zone that fed the nearby growing city of Birmingham. The hedgerow along Watery Lane dates back to the 13th century and was once part of a route taking salt from Wales to Lincolnshire. Several farmhouses existed along the valley:

Hole Farm, now the Hole Farm Trekking Centre, was first mentioned in 1344.
The Cart Track, an historic feature close to the Visitor Centre, is about 500 years old and was once the main east to west road for the area.
Wilderness Farm, also known as Moor Farm, stood where the path crosses the valley from Sommerfield Road. It was demolished in the 1960s to make way for the Woodgate Valley housing estate.
Close to the centre of the park on the southern side of the Bourn Brook are the remains of a moat. This moat normally forms a pond in winter and is all that remains of an extensive system that once surrounded wooden farm building and prize arable land in the area. The moat system is of significant archaeological value and was probably built in the 12th and 13th centuries. Differences in vegetation on the ground show where further moats and ditches have been filled in.

Industry has also made its mark on the landscape. As the industrial revolution swept the country the far end of Woodgate Valley (around present-day Barnes Hill and California) became a centre for brick production. Bricks made there were used by the Cadbury family for their Bournville estate, as well as being exported into the city and further afield via the canal network. Kilns and even a coal mine were sunk in the park.

The Dudley Number 2 canal used to run to Selly Oak and join up with the Worcester Birmingham canal, passing directly under the park through the Lapal Tunnel. With no towpath inside, people on the boat would lie on their backs and use their feet to push against the tunnel roof.  This process to propel a boat through a tunnel is called "legging" and could take four hours.

Spoil heaps from the construction are still visible - the mound opposite the Visitor centre is one such reminder. The dip in the ground nearby shows how the tunnel has collapsed since it was abandoned in 1926.

Nearby Bartley Reservoir holds all of Birmingham's water. Water is supplied by a 73 mile aqueduct direct from the Elan Valley in mid Wales; the reservoir can hold 500 million gallons. Bromwich Woods and Frankley Beeches are historically important sites that are now rare examples of ancient woodland.

During the 20th century, the continued expansion of Birmingham played the most significant role in shaping the park. Demands on all open spaces led to many people to ask that areas like Woodgate Valley be preserved forever. Modern housing was built all around the edge of the valley, and industrial and business units developed along its southern side. The M5 is one of the major roads in the area.

In 1984 the valley was designated a Country Park by the city council.  This secured its future as a valuable green resource for all the surrounding communities. Since then, the park has sought to develop the natural value of the Woodgate landscape through education and active management. Today, this work continues through the Ranger Service.

- The Green Route – 1 mile Leave the Visitor Centre and go through the horse fields. At the bottom of these fields make a left turn following the streamside and past the Trekking Centre, then follow Watery Lane. At the main road turns left and briefly walk along the pavement before re-entering Woodgate's car park. On this short walk you will see horses grazing in their fields and glimpse part of the Bourn Brook as it flows through the valley. Look out for other wildlife, birds and butterflies that live on the different grasses and wildflowers. At the end of the walk you can take a look at our demonstration wildflower meadows and butterfly garden. - The Red Route – 2 miles This walk follows much of the Bourn Brook as it makes its way through the heart of the park. Leave the Visitor Centre and turn right, walking into the Valley between the horse fields. There are great views right across the valley to Quinton. As you walk through these fields you can see some of the old field boundaries from the time when Woodgate was farmland. At the bottom of the horse fields, take the right path towards the stream. Follow the stream until you come to a green bridge to pass by tree plantations of Alder, Cherry and Field Maple. It’s worth pausing where there are gaps in the trees to look across the brook and with luck you may spot a kingfisher. Walk past the green bridge then take a right turn through a large meadow where field scabious can be seen in late summer. Walk through the hedgerow and turn left towards the red bridge where you will see orchids in June. The walk then crosses the Bourn Brook at the red bridge and returns on this side for different views of the park. Just before you reach the green bridge, take the grass path on your right that goes through an open plateau where more orchids can be seen. When you reach the end of this area a path to your left will lead you to a metal bridge. You can then walk back to the centre via the wooden bridge near the rear of the trekking centre. - Yellow route – 2.5 miles Follow the old cart track from the Visitor Centre east into the valley. This old hedge lane is around 500 years old and was once the main thoroughfare for the area. This will bring you into a tree plantation created in the 1980s. This plantation will hopefully become a future deciduous wood for the valley. From here the Chamberlain clock tower at the University of Birmingham is easily picked out on the horizon. Near the end of this plantation, take a left turn into one of our largest hay meadows. In the summer it will be full of buttercups, other wild flowers and butterflies. Continue walking towards the green bridge, taking the path off the right of the meadow. This will bring you to the side of the stream. Walk along this path until you reach the red bridge. Cross over the red bridge and walk back along the Quinton side of the stream until you reach the metal bridge. Take the path on your right. This path runs through an oak regeneration area that will become an important part of Woodgate’s future woodlands. Look out for woodland birds like woodpeckers (green and great spotted) and tree creepers. Re-join the Bourn Brook and the walk finishes back at the Visitor Centre taking in the Trekking centre along the way. - 5 kilometre (3 miles) route - Walking the Illey way For those who like more of a challenge, Woodgate Valley is the start/finish point for the Illey Way - a 5 mile walk through the Worcestershire country side to Waseley Hills Country Park. This route also links up with the Monarchs Way and North Worcestershire footpath.

Pony trekking The park is home to the Hole Farm Trekking Centre, where children and adults can go pony trekking and learn to ride.

The cafe at the Visitor Centre serves a wide range of hot and cold snacks and drinks. The cafe is open daily from 10am to 4pm.

has rare breed sheep, Limousin cattle, Vietnamese pot bellied pigs, poultry, pygmy goats, rabbits, guinea pigs and other small animals. There is a demonstration garden and a developing traditional orchard. Group visits are welcome but these must be by appointment.