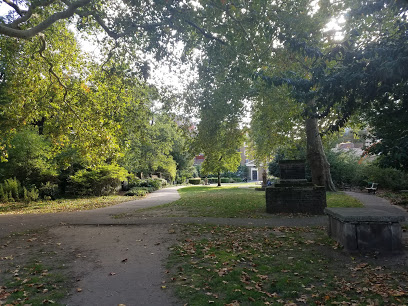 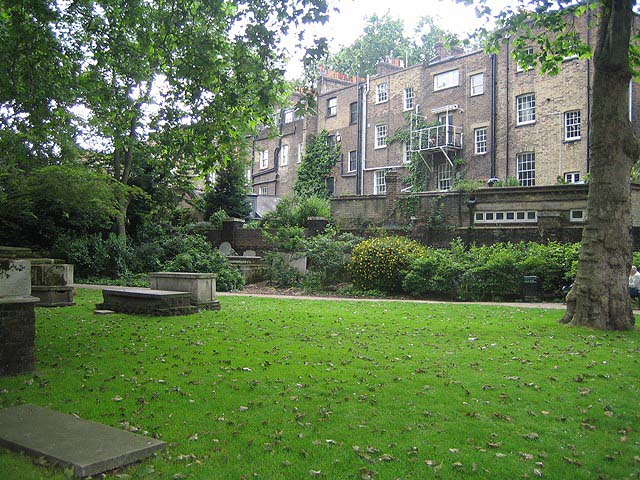 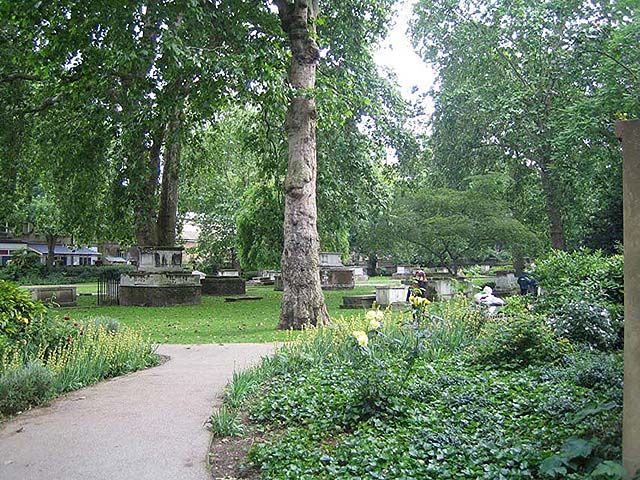 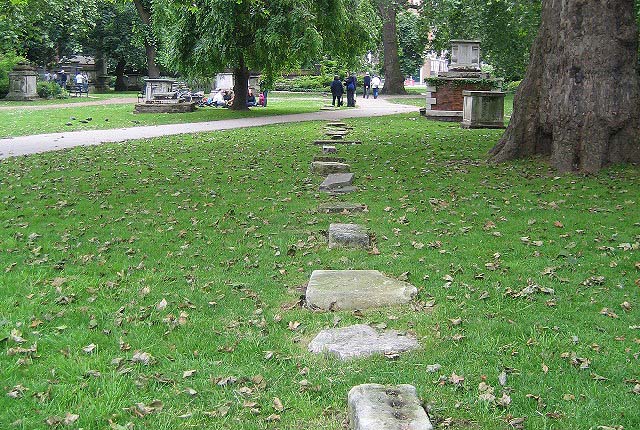 St George's Gardens were previously two adjacent C18th burial grounds, St George Bloomsbury to the north and St George the Martyr. They were divided by a brick wall that originally ran along the whole length of the burial grounds, which survives in the western part of the gardens. Closed to burials c.1854, after a period of neglect they were re-opened as a single public garden by 1889, although that of St George Bloomsbury opened first, in 1884. A number of good tombs and monuments remain, and other surviving features include the Mortuary Chapel of c.1820, and a pair of Sextons' Cottages c.1810. Trees include London plane, lime, oak, catalpa and weeping ash. St George's Gardens have been refurbished in recent years and have meandering gravel paths and new planting.