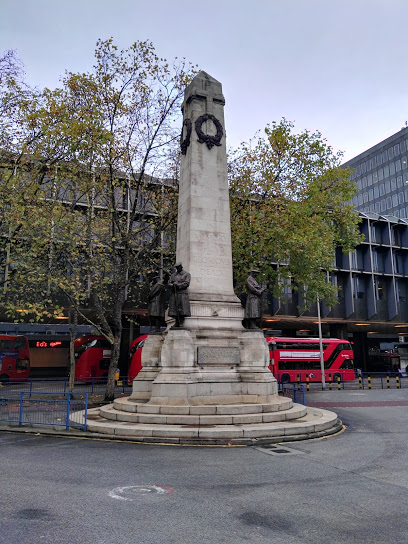 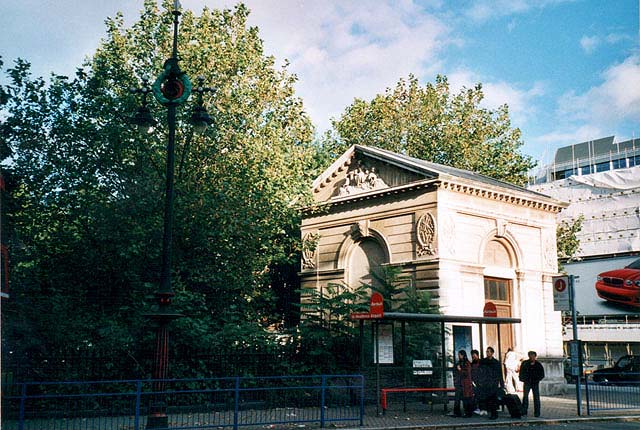 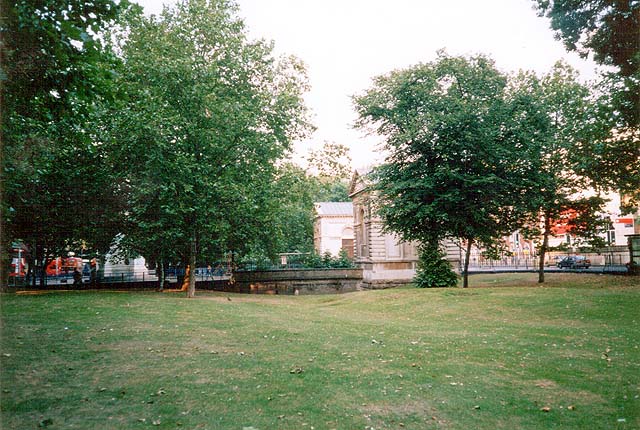 It formed two rectangular strips either side of New Road

The southern side of Euston Square became Endsleigh Gardens in 1880 and only the northern part survives as a garden, enclosed by railings, with grass and mature London plane trees. Euston Station opened in 1837 and was enlarged over the next decades. The two lodges, inscribed with names of stations served by the London and North Western Railway, date from c.1870 and were once at the station entrance. They are now the only survivors of the formal 1870 layout, which was replaced by the new station in 1968.