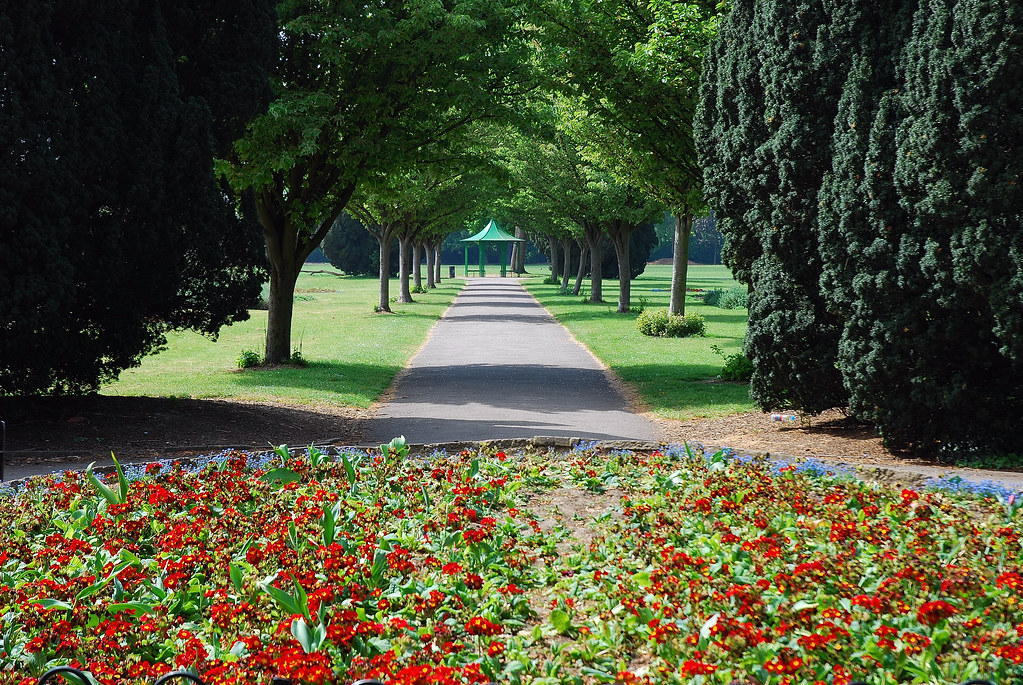 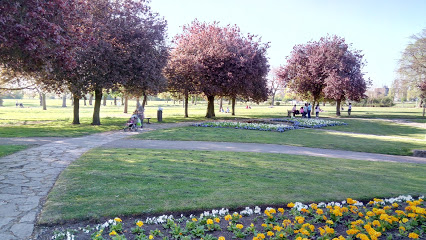 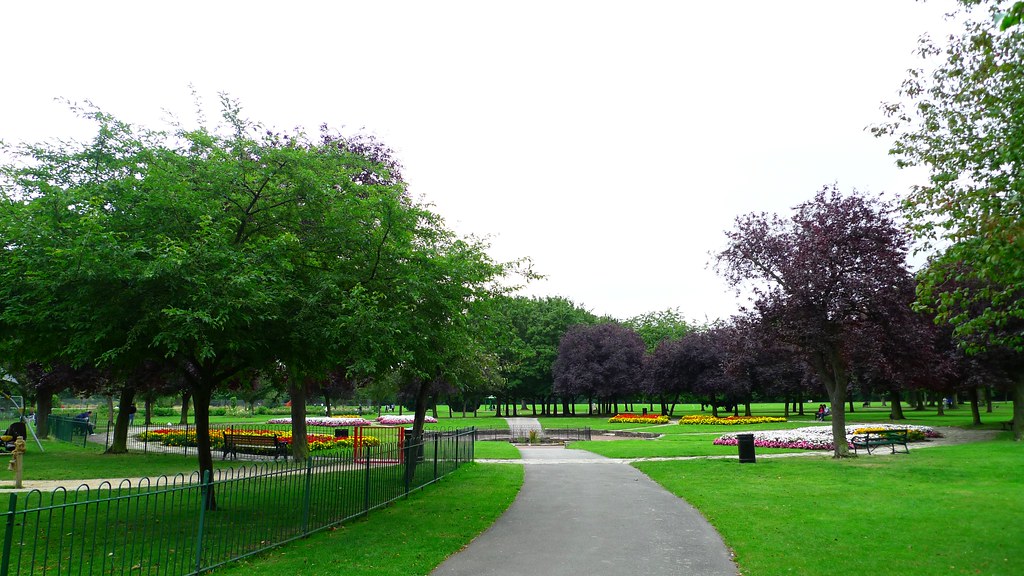 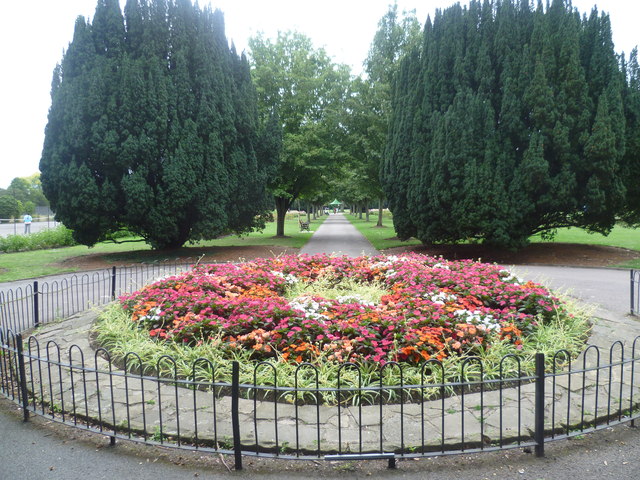 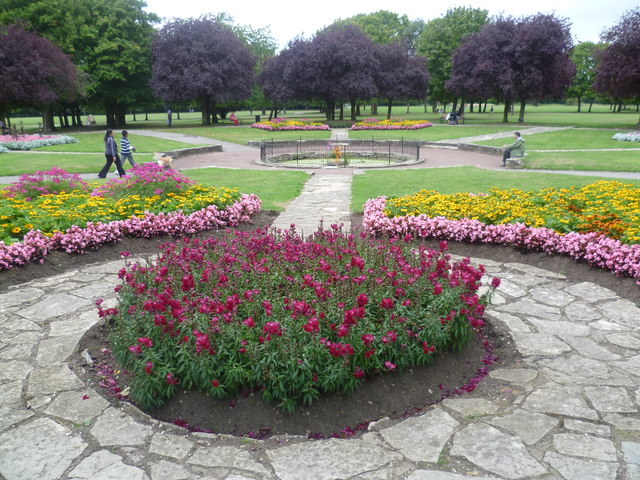 A large and elaborate rose garden

Lampton Park was laid out on land previously used for agriculture, part of which was an orchard, which was purchased for c.£10,000 by the Heston & Isleworth Urban District Council in 1925, and which eventually opened in 1930, the delay caused by some controversy over the elaborate nature of the plans when the Council applied to the Ministry of Health for approval of a loan of £12,809 for the cost of layout. It was opened on 31 May by George Lansbury MP, First Commissioner of Works, at 'a memorable function in the history of the urban district', the entertainment including musical performances, dancing, gymnastics, community singing and exhibition tennis and bowls matches. Five Irish yew trees, over 210 years old, were transplanted from the grounds of Heston Manor House to the new park and the bandstand was 'the last word in respect of acoustic properties'. The main feature of the park was the large rose garden, 130 ft in diameter, with central circular lily pond. In 1928, the Park Superintendent described the proposed layout of the rose garden, which was to accommodate some 1,250-1,400 roses planted in groups of colours: 'hybrid tea, hybrid perpetuals and dwarf polyantha varieties would be chiefly grown. Standards would form centre dot plants in each of the circular beds. Surrounding the garden on each side would be a shelter belt of trees and shrubs, and along the inner face of these shrubberies rambler roses grown in pillar fashion would complete the scheme'. A 100-ft greenhouse was also proposed: 'one of the most important assets in public park work is the provision of a suitable plant nursery'. The sports provision in the new park included hard and grass tennis courts, a bowling green and 18-hole putting green with a small pavilion built to serve as a ticket office. Other areas were provided for cricket, hockey and rugby.