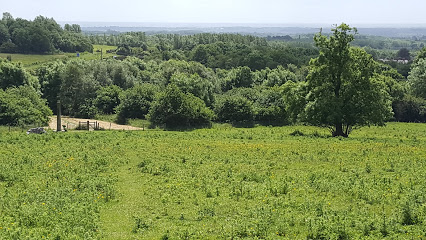 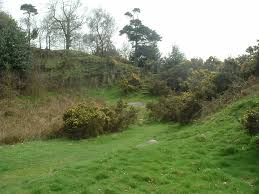 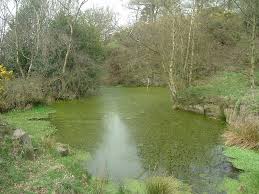 The Borough Council bought 20.8 hectares of Billa Barra Hill in 1996, with substantial grant aid from The National Forest Company and Leicestershire County Council. The remainder of the land is in private ownership.

, surrounding a small hilltop plantation, dating from the late 1800's/early 1900's and a small quarry. Tree planting has taken place within the lower levels of the site, sourced from local stock and this has been done by a variety of local community groups, businesses and individuals through a sponsorship scheme run by the National Forest Company.

The grassland areas of Billa Barra Hill are managed under a Higher Level Stewardship agreement with Natural England. This agreement regulates the management of these areas in order to try and conserve and improve the diversity of the ground flora.

The name of the hill is thought to be a corruption of the word "barrow," meaning burial ground. This is thought to be linked to stories of a Saxon battle on the adjacent land with the dead buried on the hill. However, any physical evidence would have been destroyed at the on-set of quarrying.

Historically, quarrying took place at the site until the 1950's when one of the quarries was used as a landfill site. The rest of the site was grazed under licence in the late 1970's to early 1980's.

Ecological interests
Ecological surveys were undertaken in the late 1990's. From the results of the surveys it was found that the upper slopes of the site were dominated by gorse and acid grassland; a rare habitat in Leicestershire. Italian Rye Grass dominates the lower slope with other species present. The quarry contains a variety of early colonising mosses and vascular plants on rock surfaces that flourish in thin soils.

The majority of the open grassland is grazed by cattle throughout the year: the grazing of cattle helps to control dominant grasses and reduces the nutrient levels in the soils, allowing the less dominant wildflower species to thrive. In the long term therefore, this method of grassland management will result in a much more diverse variety of flora which will, in turn, attract a variety of insects and other animals.

Wildlife that can be found in the area includes the following birds: