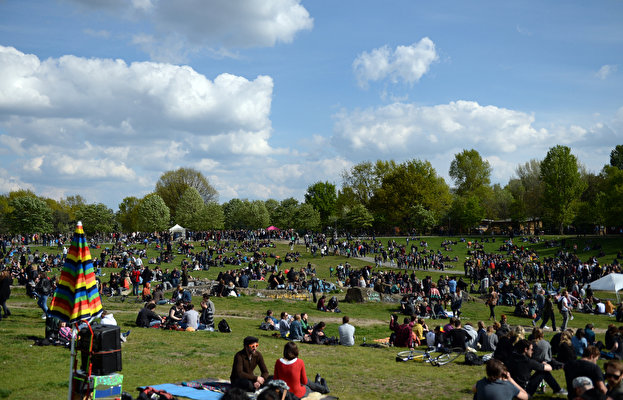 Well-known across Berlin for its rough but unique Kreuzbergian charme, Görlitzer Park is the district's central recreational area. The park was laid out in the late 1980s and early 1990s on the grounds of the former Görlitzer Bahnhof station between Wiener Straße and Görlitzer Straße in the eastern part of Kreuzberg. Today only a few remaining tracks, remains of a pedestrian tunnel and three converted freight sheds remind visitors of the park's history.

The park has a designated grill area where locals gather and enjoy a good barbecue with friends or relatives.