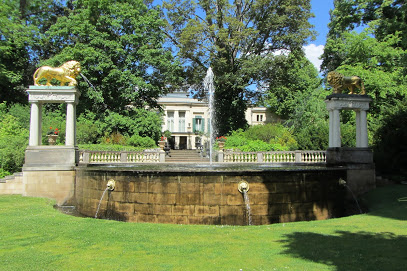 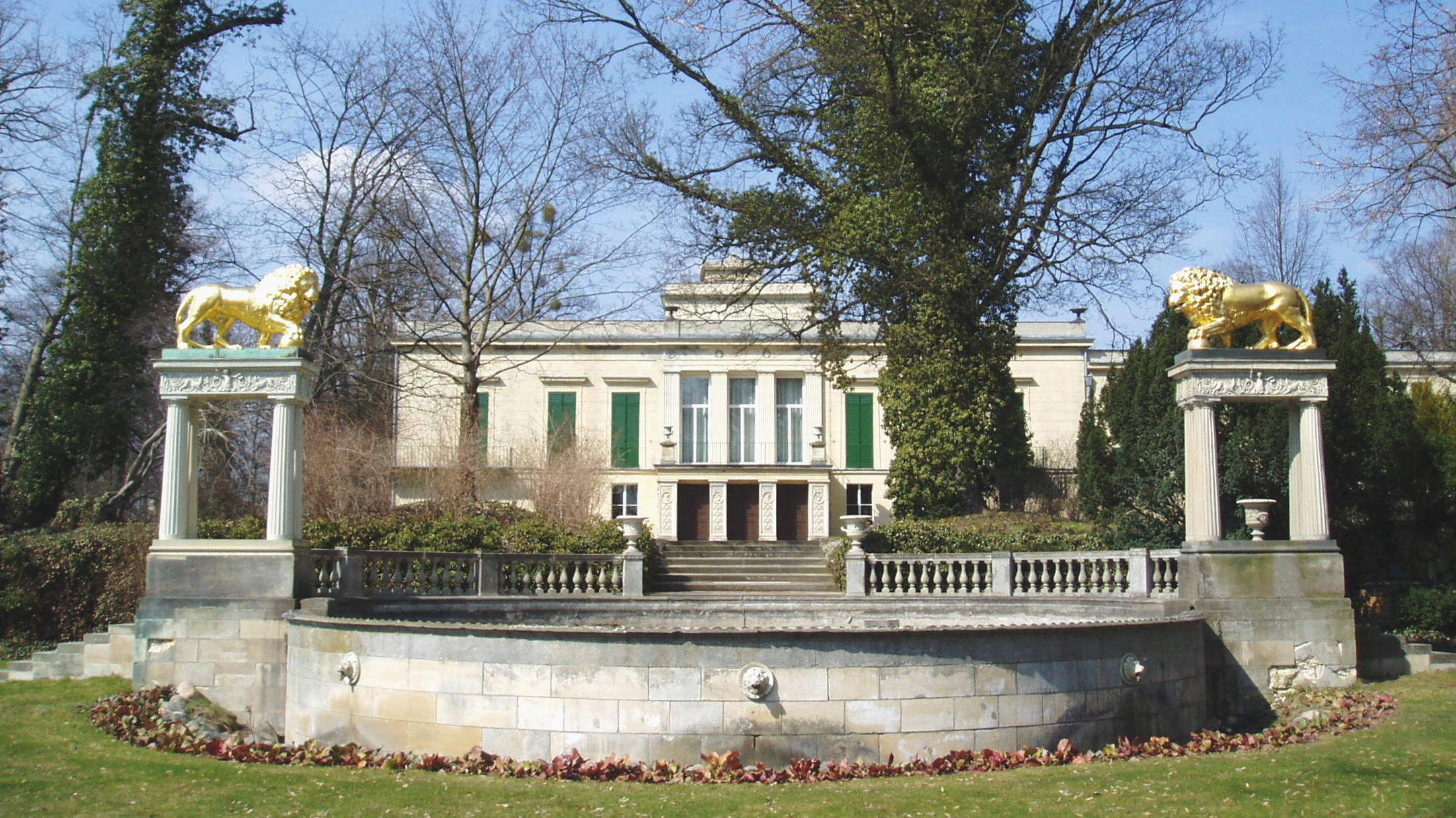 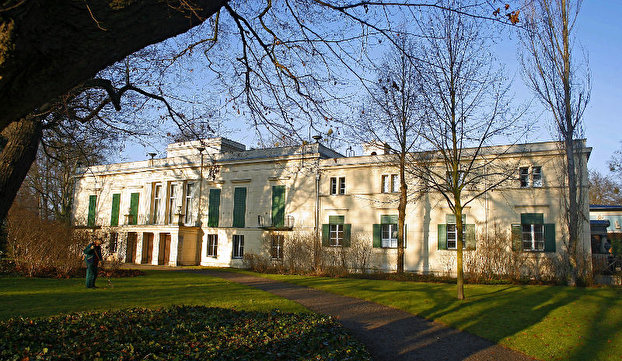 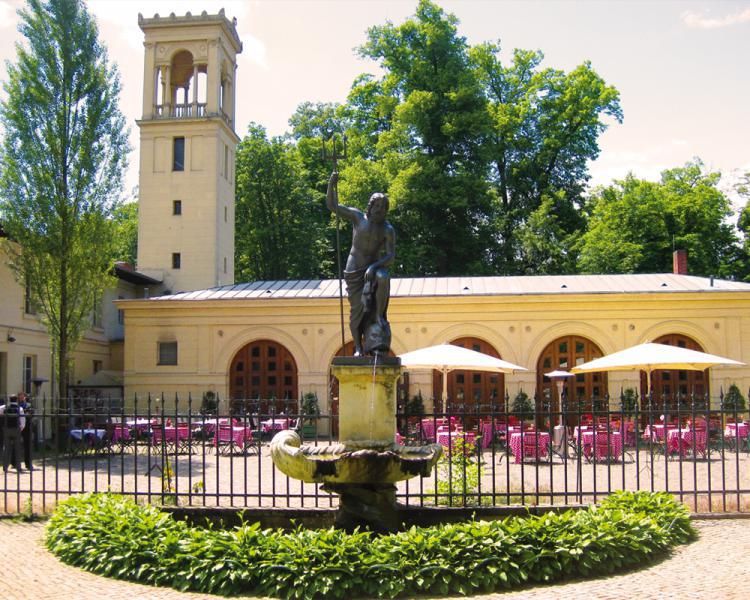 The present classical form of the former manor house from the year 1753, with the claim of an Italian villa, goes back to conversions and expansions, which made the architect Karl Friedrich Schinkel 1825. After the death of Prince Carl in 1883 the building deteriorated noticeably. During the Second World War was a foreign use as a military hospital and after the war briefly as officers' casino of the Red Army. From the 1950s, the castle and the adjacent outbuildings housed a sports hotel and from 1976 a home folk high school. Since the late 1980s, the castle has been used as a museum exhibiting Schinkel furniture and works of art, most of which come from the possession of Prince Carl. In the west wing, the first Hofgärtnermuseum in Europe opened in April 2006, showing the history of the Prussian court gardeners.