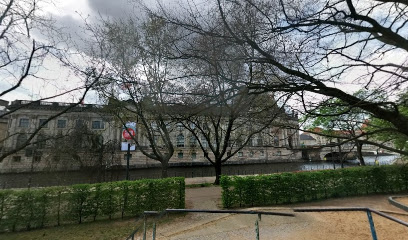 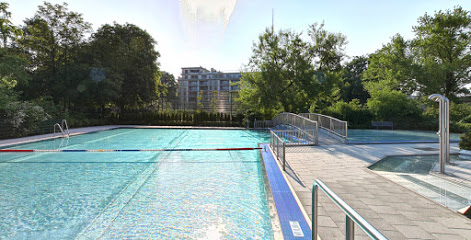 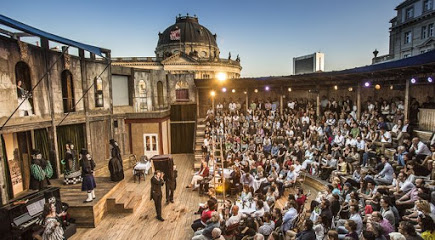 A recreational park with a children's swimming pool

The park is situated on the former grounds of Monbijou Palace and the old English Church of St. George, both of which were destroyed during World War II and finally razed after the war. The park has an open-air swimming pool for children. It is a much needed, "shady refuge from the unrelentingly urban landscape of the area". A foot bridge connects the park with the Museuminsel (Museum Island), close to the Bode Museum and Pergamon Museum. There is a bust of poet Adelbert von Chamisso.