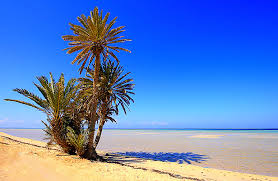 Governor of Amlaj Ziyad bin Abdul Mohsen Al-Bazai said that the initiative of good example for cleaning the public properties launched by the local council comes from the directives of His Royal Highness Prince Fahad bin Sultan, Emir of Tabuk Region, aiming at achieving development and raising awareness among the citizen and his support for everything that would promote the place and people in the region. Pointing to the continued implementation of this initiative in more than one location periodically to achieve the desired goal.

Al-Baza'i, Vice-Chairman of the Tourism Development Committee, retired Major General Abdul Aziz Al-Juhani, Assistant Mayor of Al-Majaj City, Eng. Khaled Al-Khudair, Dean of the University College, Dr. Ali Al-Qarni, and a number of members of the local council, In the Duqm Park and interacted with them by the hikers from families, the elderly and the youth in the cleanliness campaign which aims to convey a message of awareness to enhance the civilized behavior in the preservation of public places and leave the place clean after leaving and putting waste in places Custom. It is noteworthy that this initiative was approved by the Local Council in its meeting yesterday and implemented by the same evening as the fastest initiative to be approved and implemented on the ground.

Local council member Sheikh Dakhilullah Hammad al-Kubaidi said that the preservation of public cleanliness is a civilized behavior that must be instilled in the children and everyone should influence those around it in establishing this behavior, which is a national and religious duty above all. The municipality put the containers a meter away from where they were sitting.