News about the park and the reserve of Doha Arad 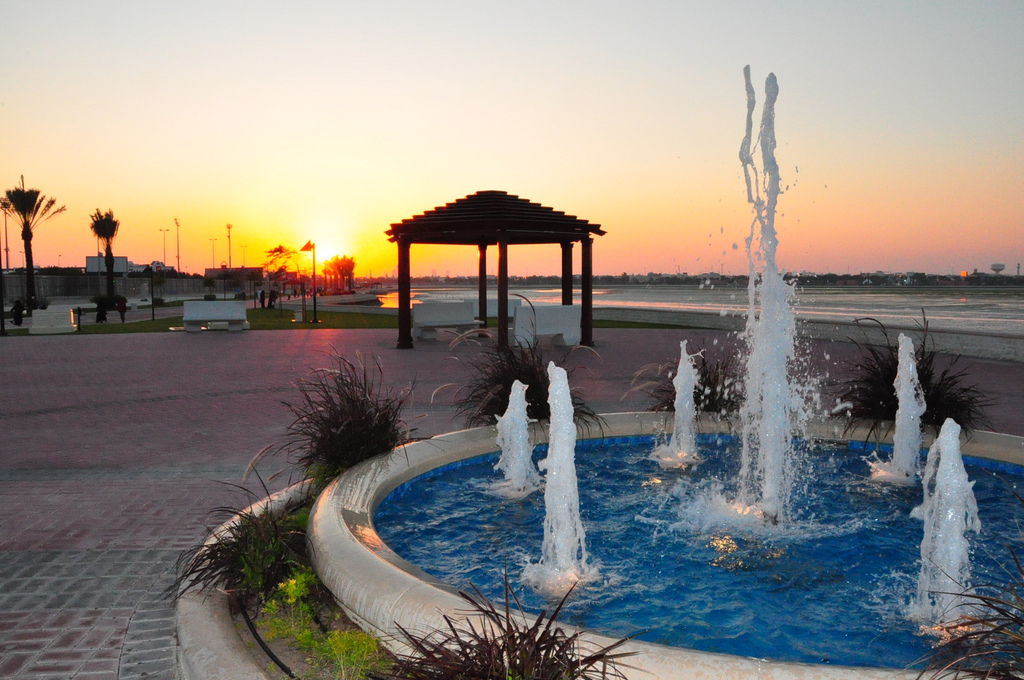 News about the park and the reserve of Doha Arad

The Chairman of the General Authority and the Environment, Energy and Wildlife Minister Sheikh Abdullah bin Hamad Al Khalifa opened yesterday morning judicially and with the concerned bodies to carry out several functions in this area of ​​technology within the program of the Commission.

This project is all about 10 million dinars, the content of the walk length of 3.300 kilometers, and a width of 3 meters. Doha is also connected to four bridges, 2 of which are for pedestrian crossing, the first to reach the south of Doha in Arad, and the second to the west of Doha near the Muharraq Grand Park. An inner bridge connecting a parallel track to the Arad-Muharraq bridge, and another internal bridge near the Movenpick Hotel.

Director General Adel Zayani, stated that this project is considered to be an area designated for treatment.

Abdullah bin Hamad: This project is the building block of the economic strategy of 2030 The Doha Arad Marine Reserve, including the largest in Bahrain, is open Aad - Sadik Halwaji

The Chairman of the General Authority for the Assessment of Marine Resources, Environment and Wildlife Sheikh Abdullah bin Hamad Al Khalifa opened on Thursday the Doha Arad Park and Muharraq, the largest public walkway in Bahrain and the area containing more than half a square kilometer.

The park and the park were opened in the presence of the Minister of Municipalities Affairs and Agriculture and the General Assembly for the Defense of Human Rights in the Kingdom of Saudi Arabia. The reins of government, to be added achievement and said a taste of the people liked.

This environmental project coincided with the adoption of the year 2010 by the United Nations as the International Year of Biodiversity, which further strengthens Bahrain's commitment to the international goal of adopting this year's slogan for balanced and sustainable coexistence between humans and living organisms.

An agreement on green areas, palms and trees, children's games, shaded chairs around the lake, a large fountain, a main square, fountains and waterfalls, a pressure and diabetes examination clinic and an ambulance, a developer and cafes and shops with 600 cars divided into two positions, one located west of Doha and the other east.

The final design process, actions and approvals from the concerned authorities took about four years and the work on the Doha Arad project on January 16, 2008.

Writing to the Director-General of the Commission, Adel Zayani, this project has been greatly abbreviated all over the world.

He said that in the sand and mud of this environment millions of organisms and hope in our marine environment, indicating that the opening of this state will work to preserve and protect.

This area will also be developed by the Crimea to give the region beauty, value and productivity. Pointing out that this harmonious is more than that, have mercy more than 3 kilometers, and serves this walkway of people to engage.

He added that the park and the reserve Tian on restaurants, cafes, services and entertainment as well as some sites for children's games. The area is also adorned with beautiful infantry bridges designed to be distinctive and unconventional on one hand. To the park on all areas including pedestrian bridges.

For his part, Chairman of the General Authority: Fisheries, Environment and Life, Al-Fataerah, Shaikh Abdullah bin Hamad Al-Khalifa said in a speech that the Commission devotes part of the rehabilitation classes and the revival of natural sites in implementation of the plan surveys their families.

HH Sheikh Abdullah has received the support he received. The follow-up of His Highness the Huthiba is behind some of these projects?

The Chairman stressed that this project is considered a building block of the vision and strategy of the economy for the year 2030, leave this strategy.

He concluded by saying that the Authority is currently working with the concerned parties to establish several other lawyers, through the Ras Sanad Reserve and the Tubli Bay Reserve to become a cooperative and potential.

Zayani: Qualified for Leasing Announcement of activation and management of the system