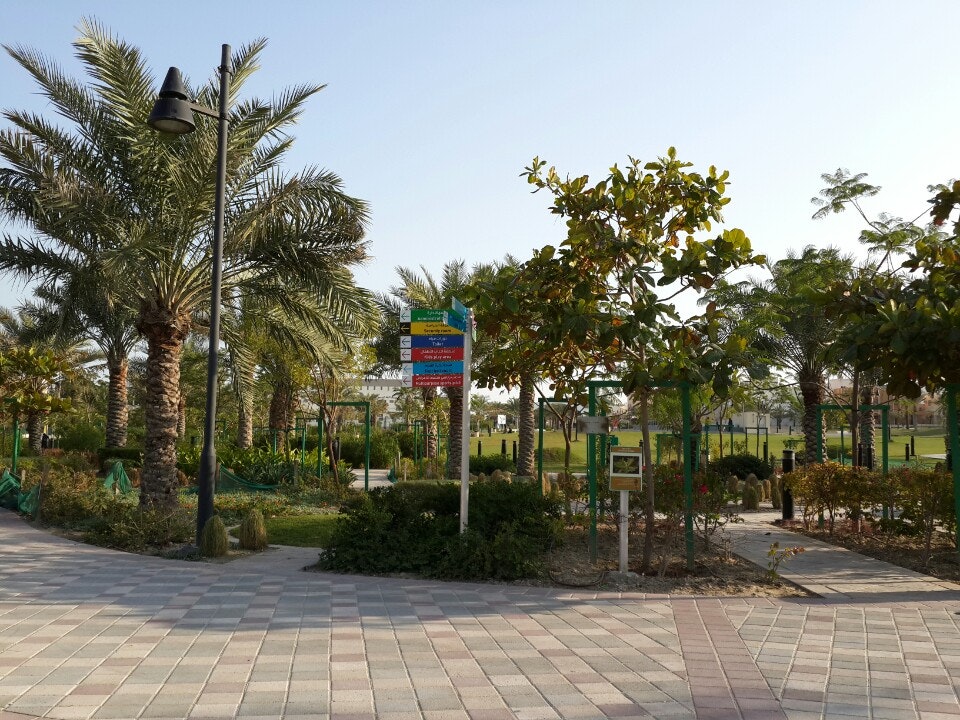 On this occasion, the Minister of Municipal Affairs and Urban Planning Juma Al-Kaabi extended his thanks and gratitude to His Highness the Prime Minister for sponsoring the opening ceremony of the park.

Al-Kaabi pointed out that the patronage of His Highness the Prime Minister for an opening ceremony is supportive of the municipal and agricultural work in the Kingdom of Bahrain, pointing out that the park will provide a range of recreational facilities and services as a park that includes all the requirements of citizens.

He stressed that the Greater Khalifa Park located in the eastern Riffa area is characterized by its vital location, on a total area of ​​78000 square meters. The park is an integrated national entertainment project designed to suit the needs of all age groups. The park is divided into four categories that cater to children, youth, families and the elderly.

The garden is surrounded by a green garden of shrubs, grassland and palms, with a total area of ​​about 26,000 square meters, allowing the entire family to enjoy a green environment.

Children and young people have a significant share of this pilot project. The area for children and adolescents is 3,000 square meters. It has spread to 13 geographical locations in the park, so that the eastern section has been allocated to young children, while the western part of the park is allocated to older children and young people. The design of these spaces high safety conditions through a rubber floor protects against the risk of injuries.

He pointed out that the share of sport is rich in the design of the Greater Khalifa Park, which provides playgrounds for various sports, with the best specifications and standards.

The Grand Khalifa Park, a one-kilometer-long walkway, is surrounded by a unique ripple of the geographical nature of the Riffa area.

Meanwhile, the head of the Central Municipal Council Abdul Razzaq Abdullah Hattab patronized His Highness the Prime Minister for the opening of the Grand Khalifa Park, noting the directives of His Highness, who was the first supporter of the implementation of the project.

He added that the Municipal Council would like to thank His Highness for his patronage of this project, which will provide entertainment services to the people of the region, which will have a positive impact on the environment in the Riffa area.

Hattab explained that the project was the result of the cooperation of the Ministry of Municipalities Affairs, Urban Planning and Municipal Council, which contributed clearly to the speed of implementation of the project as required.

He said that the people of the region welcome the Prime Minister's offer to sponsor the opening of the project. He expected that the sponsorship will contribute to the launching of several projects in the central region, where he will pay full attention to development and investment in the Kingdom of Bahrain.

He added that the park provides unprecedented entertainment services to the people of the region, noting that it is located in a distinctive location and a large area, and was designed to be equipped with the latest games and entertainment, and built according to the best international standards.

Hattab said that the garden was equipped with large green areas, and the total area of ​​green areas palm trees, trees, weeds about 4,000 square meters.

The park has several components for various types of leisure, sports and other activities. It includes parking lots, green and palm trees, trees, grassland, walking and running trails, a playground and a ski area, a bicycle court, children's play areas, an exercise area, volleyball and tennis courts. The main grassy courtyard with a high hill planted with natural gables, a fountain and some water bodies, a snack bar, health facilities and a first aid room, and an outdoor dining area with tables and cots J, yard games acrobatics.